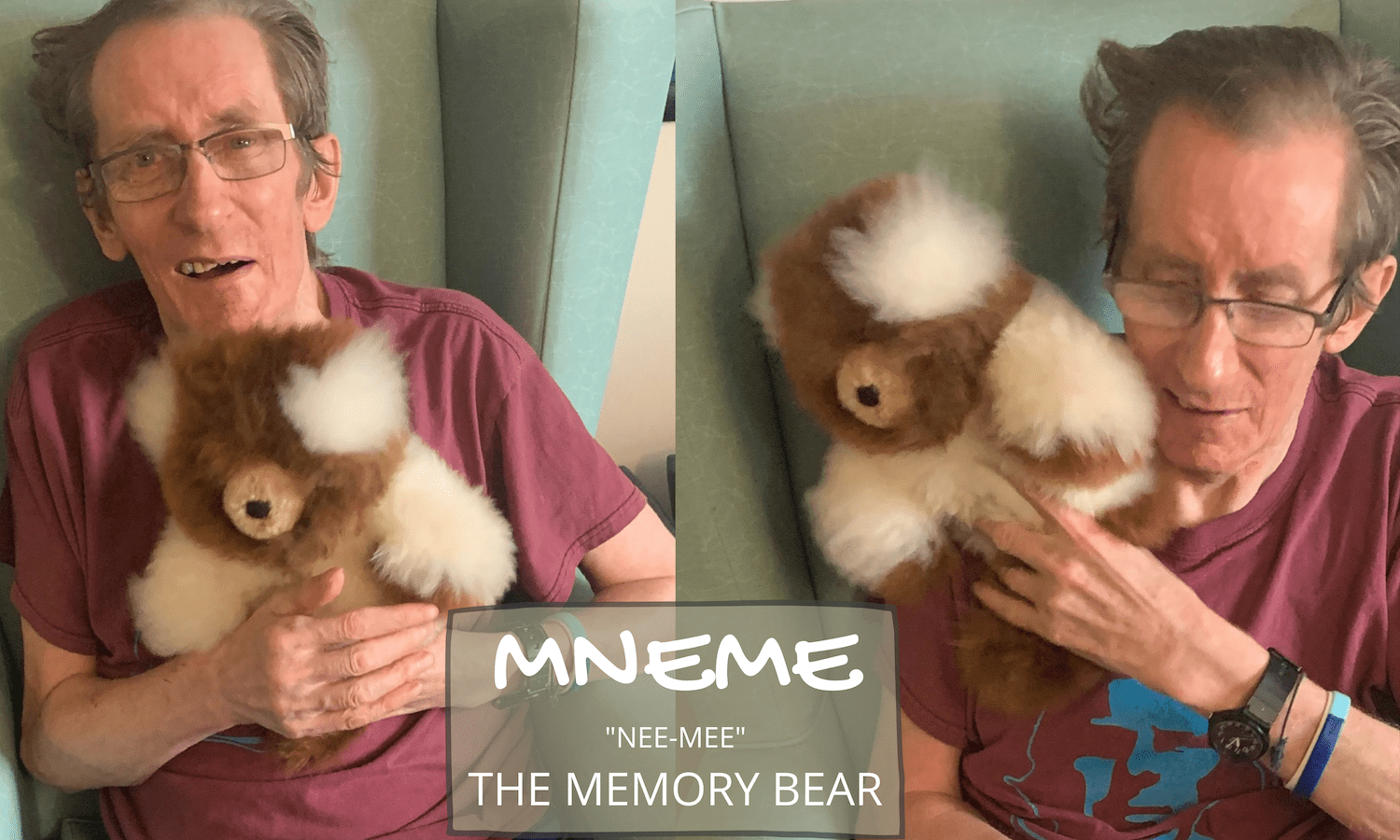 Give someone you love a MNEME Hug

The teddy bear is a very traditional and timeless toy that was first produced in the early 1900s. It is often given as a keepsake, not only to young children, friends and companions as a memorable gift but also proving just as popular as an established memento to the elderly too.

Being leaders in research and innovation The Digital Line (TDL) recognised that contact with teddy bears improve psychological well-being. Cuddling teddy bears evokes a sense of peace, security and comfort. It is human nature to crave these feelings from childhood to adult life and particularly for those living alone in the care home sector.

Children’s interaction with toys is similar to that of an elderly person, particularly those suffering from dementia. A teddy can provide comfort and companionship, and a friend to talk to. Children like to give their bears a name and, in their minds, creating a whole persona for them. This gives the teddy a depth of character and radiates love and compassion allowing a child imagination to develop when playing and caring for one. This type of play helps to stimulate and develop their imagination.

Dementia is a general term for loss of memory, language, problem-solving and other thinking abilities that are severe enough to interfere with daily life. Research shows there are more than 850,000 people in the UK who have dementia. One in 14 people over the age of 65 have dementia, and the condition affects 1 in 6 people over 80. This figure is increasing because people are living longer. It is estimated that by 2025, the number of people with dementia in the UK will be more than 1 million.

Although there is no cure for dementia at the moment, an early diagnosis means its progress can be slowed down in some cases, so the person may be able to maintain their mental function for longer.

Read more about this collaboration here

A Christmas Workload for the Peruvian Alpaca Artisans

The Power of a Bear Hug